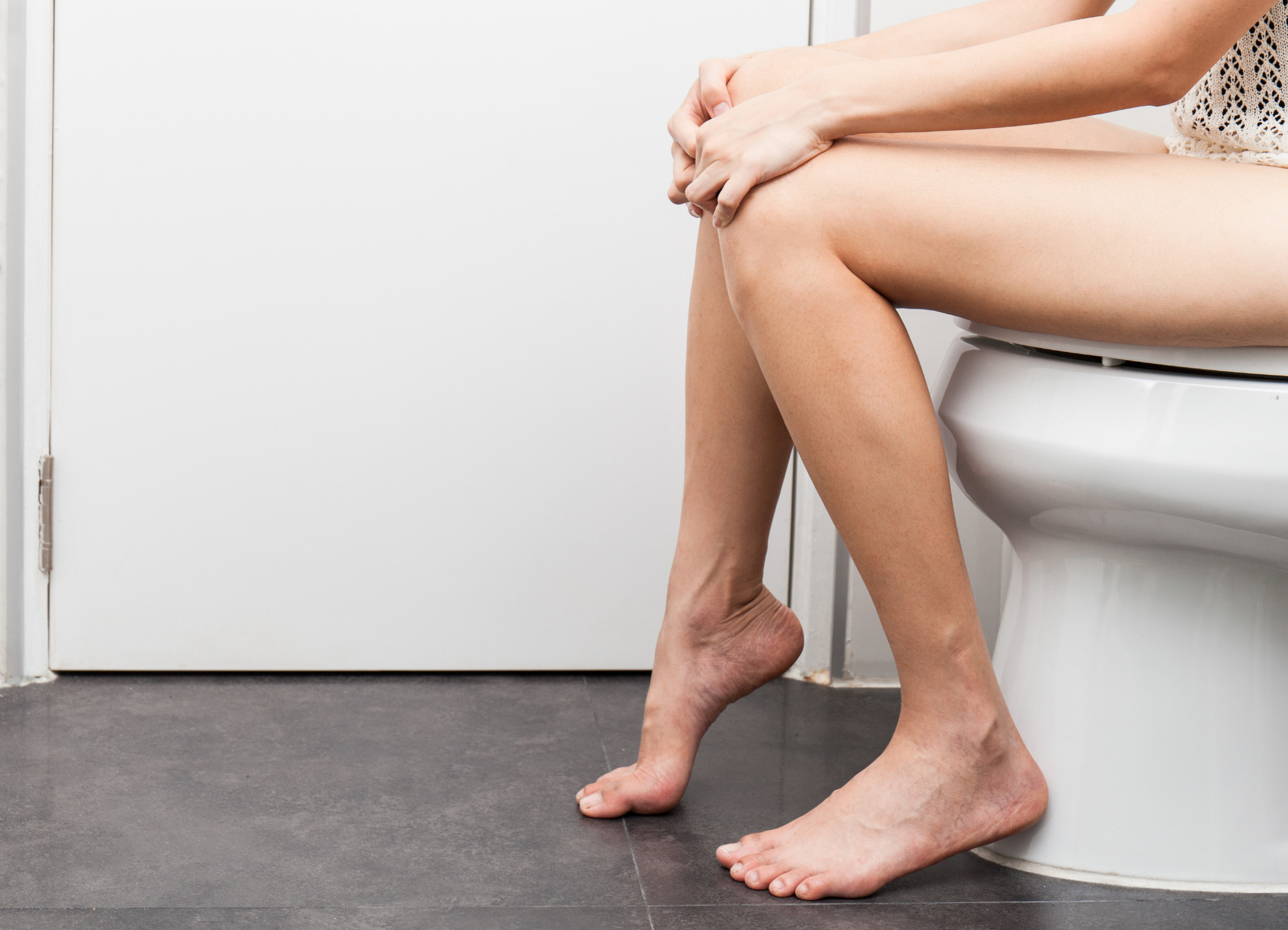 Both involve pelvic floor or abdominal trigger or tender points for more than 90% of patients and can cause other, seemingly-unrelated symptoms like painful intercourse, low back pain, or, in some cases, bladder pain and irritable bowel syndrome. In this article, we look a little more deeply at what they have in common, the major differences between IC and endo, and how both can be treated.

What do IC and endo have in common?

There’s a lot in common between the two conditions. Both are common causes of chronic pelvic pain or abdominal pain – interstitial cystitis in about 5% of the population and endometriosis in about 10% of women. They are both commonly underdiagnosed, with studies showing most women with endometrial tissue issues struggle for a true diagnosis for almost a decade.

It’s a common misconception that if pain worsens around your period, it must be endo. That’s certainly a possibility and something to look into, but many patients with interstitial cystitis who don’t have endometriosis notice their symptoms fluctuate during their cycle. This is one of the ways IC patients can differentiate between endometriosis and interstitial cystitis.

Both involve pelvic floor dysfunction, which may be a primary driver of pain and symptoms. Studies have shown that more than 9 in 10 patients with both IC and endo have dysfunction in their pelvic floor muscles and/or trigger points on their abdomen that are contributing to symptoms. This can also result in many other related symptoms beyond pelvic pain, including orthopedic pain (in the low back, hips, groin, or tailbone), painful intercourse, constipation, incontinence, or any other of the hallmarks of dysfunction in the pelvic floor.

Endo and IC also occur together in many women. About 40% of patients with interstitial cystitis are also diagnosed with endometriosis.

How are they diagnosed?

Interstitial cystitis is a diagnosis of exclusion. The definition is experiencing pain or discomfort that is perceived to be related to the bladder along with urinary urgency/frequency in the absence of any identifiable cause. This means that IC is diagnosed by ruling out things like urinary tract infections and bladder cancer, which also have similar bladder symptoms, prior to making a diagnosis. The only thing you really need to know to make a diagnosis is the presence of the symptoms, though doctors will often do testing to rule out other potential causes besides interstitial cystitis.

Endometriosis can be suspected from the symptoms, but is only conclusively diagnosed with a laparoscopic surgery to see the actual endometriosis. This should be done by an endometriosis excision expert with the ability to identify endometriosis (there is a wide range of expertise among these surgeons).

Some imaging, most notably ultrasounds, can occasionally detect endometriosis in some places, but they aren’t always accurate and the only true diagnosis is with a surgery. Some signs that endo may be the culprit are heavy periods, pelvic pain and cramping during your period and other symptoms worsening around the time of the period.

How is the pelvic floor involved?

For both conditions, there is a huge pelvic floor and musculoskeletal component.

In endometriosis, it’s really important to note that the amount and location of the endometriosis have almost no correlation to symptoms. That’s a huge thing to understand – unlike interstitial cystitis, you can have a lot of endometriosis and no symptoms at all, or only a small amount  of dysfunction in your endometrial tissue and have extremely bad symptoms.

What’s actually more correlated with symptoms are the tender and trigger points in the muscles and fascia of the abdomen and the pelvic floor. These often serve as the primary pain generators. They’re the reason that many women continue to experience their symptoms, even after ‘successful’ surgeries.

For interstitial cystitis, pelvic floor physical therapy is the most proven treatment for IC and the only treatment option given an evidence grade of ‘A’ by the American Urological Association in their IC Guidelines. Less information is available for pelvic PT and endometriosis, and we’re hoping for more research in that area, but we do know that the trigger and tender points addressed by pelvic physical therapy are major pain drivers for endo and we see patients in the clinic get better without surgery or medication, simply from working on these areas.

So what is the ‘DIP’ cycle, and how does it relate to symptoms?

The DIP cycle is a term we coined in The Interstitial Cystitis Solution to describe the feedback loop that many patients with chronic pain – including those who have been diagnosed with either interstitial cystitis or endo – are often stuck in. It stands for dysfunction-inflammation-pain.

Dysfunction refers to muscles and fascia within the pelvic floor and abdomen that aren’t working properly. This can be because of any number of reasons – one of our jobs as pelvic PTs is to find and address the underlying cause. But for some reason these areas aren’t working properly, which is a source of pain.

·    Inflammation is the body’s first-responder system. When we feel pain from an acute injury, the body rushes resources to the site with the building blocks for repair. But when that pain is chronic and long-lasting, inflammation begins to build up. It inhibits blood flow and gets stuck in the area, further exacerbating dysfunction and causing more pain.

·    Pain is a signal to the brain that something in the body isn’t working properly. It’s designed to keep us safe when we have an injury, but we’re not designed to be in pain for a long period of time. The body continues to rush inflammation to the area to try and help, and we begin to compensate and try and protect the injured area, leading to more dysfunction.

The goal of pelvic PT is to break this cycle at every possible point.

We correct the dysfunction in movement by working out trigger and tender points with manual therapy, prescribing gentle stretching or exercises that restore normal movement to the body. Manual therapy reduces inflammation and improves blood flow, clearing the area of the ‘gunk’ that builds up there.  Resolving the dysfunction and inflammation in the system ultimately reduces pain, which breaks the cycle at all three points.

So how do I find a pelvic PT who can help?

There’s a wide variety of experience levels and expertise in the field of pelvic PT. You ideally want to find a physical therapist who specializes in pelvic pain (as opposed to post-partum care, for example). Manual therapy is crucial to this process, and we always believe the more hands-on time you get with your PT, the better. They should evaluate and address the tender and trigger points in the abdomen and pelvic floor for either interstitial cystitis and/or endometriosis.

We typically say that a patient should start noticing a significant difference – not necessarily a wholesale improvement, but definitely some changes to your chronic pelvic pain – within the first 3-5 visits. If you aren’t experiencing that change, don’t be afraid to ask your PT about it or seek out a second (or third, or fourth) opinion.

Interstitial cystitis and endometriosis patients have a great deal of symptom overlap. They can occur independently, but they also can be present together for several patients. Both have related pelvic floor dysfunction which can result in chronic pelvic pain and tender and trigger points in the abdomen.

Pelvic floor dysfunction can be either the primary cause of symptoms or exacerbating them for both conditions. Either way, addressing the pelvic floor, peripheral and central nervous system, and organ systems to restore proper function is key for pain relief and long-term resolution of symptoms of endometriosis and interstitial cystitis.

Download
Share:
Nicole Cozean
Nicole is a Physical Therapist and author of the best-selling book, The Interstitial Cystitis Solution. She is passionate about educating both patients and practitioners about the pelvic floor.
TAGS:
Interstitial Cystitis
Endometriosis
Pelvic pain 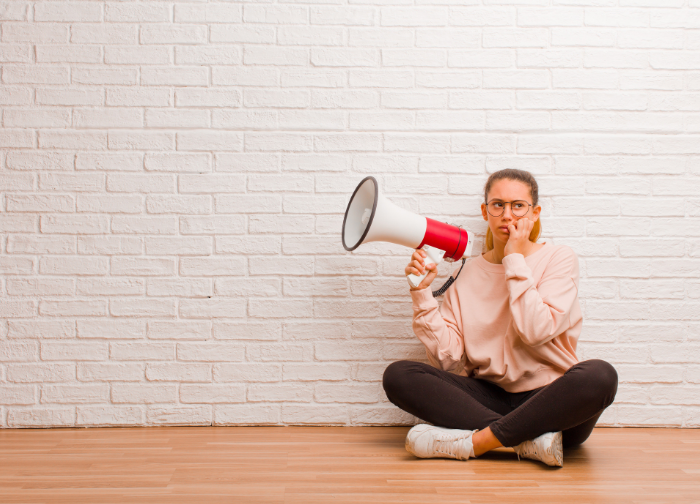 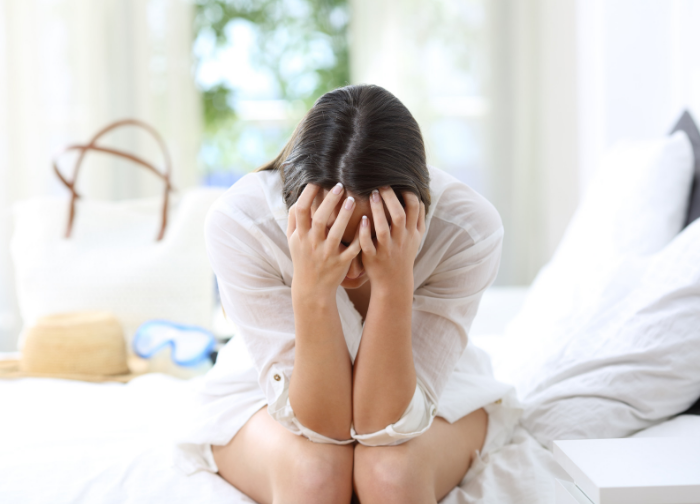 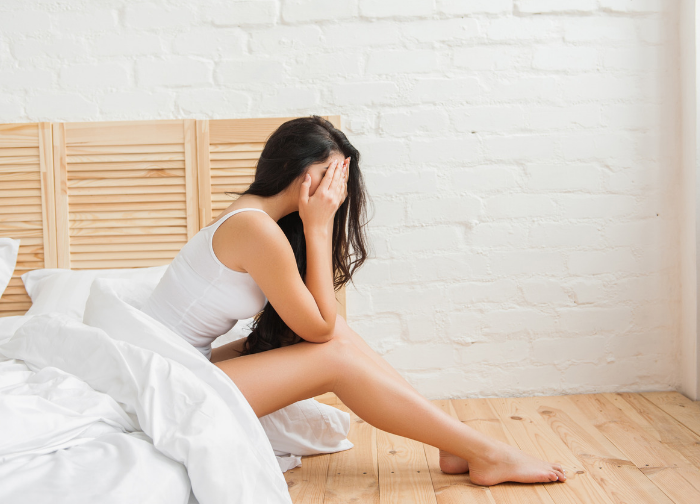