Gut health and chronic pelvic pain: what you need to know Interview with an expert 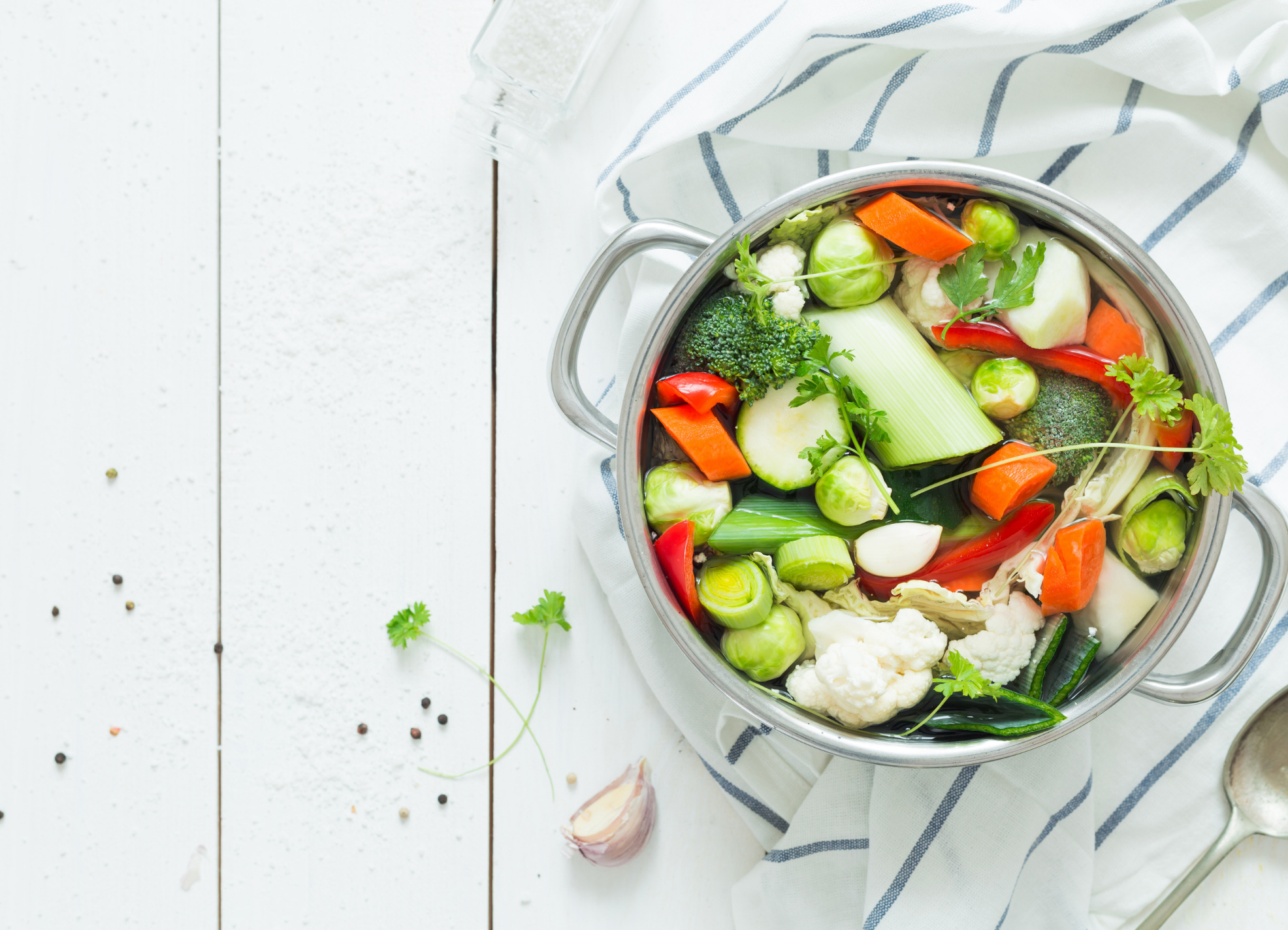 In this interview, we cover all these questions and more with Jessica Giljam Brown BSc from Wellness by Jessica. Jessica is a holistic nutritionist, speaker and author who has specialized in women's health. She has a passion for helping women solve hormonal conditions, improve their fertility, regain their energy and understand their body.

If you have gut issues, abdominal pain, and/or chronic pelvic pain, this interview is for you.

Em: Before we start on IBS I thought it would be great to actually define what is the gut?

Jessica: The gut, formerly known as the gastrointestinal tract, is a long tube that starts at your mouth and ends at your anus. This tube is made up of your mouth, esophagus, stomach, small intestine, large intestine, rectum, and anus. A major component of the gut are the bacteria, yeast and fungi living in the gastrointestinal system and these have a massive impact on your gut function and overall health. The main functions of the gut are to break down food, absorb nutrients, get rid of waste, and act as a barrier from the ‘outside’ world.

Em: So what is Irritable bowel syndrome (IBS)?

Jessica: IBS stands for irritable bowel syndrome. To make it easy, let’s break this down. ‘Bowel’ refers to the lower part of the gut and includes the small intestine (small bowel) and the large intestine (large bowel). Then a ‘syndrome’ is a term that involves lots of different symptoms that often occur together. So, irritable bowel syndrome is a disorder that involves multiple symptoms in the lower gut. It is a very common disorder, occurring in about 10-18% of people in New Zealand.

Em: How does someone know if they have IBS?

Jessica: There’s no one specific test to diagnose irritable bowel syndrome. Most people with IBS will be diagnosed from their symptoms after the exclusion of other possible problems, such as coeliac disease. Symptoms vary from person to person. However, common IBS symptoms include abdominal pain, chronic pelvic pain symptoms, bloating, cramping, constipation during bowel movements, diarrhea, or a combination of both (sometimes within the same day). Other IBs symptoms include excess gas and mucus in your stool (poop).

Often people with IBS find their symptoms can come and go, and most people can manage their symptoms quite well following some dietary and lifestyle changes.

Jessica: Unlike some gastrointestinal disorders, the exact cause of IBS is still unknown, but what we do know is that IBS is a multifactorial disorder, which means symptoms could be due to one, or an interplay of several different factors.

All these factors can alter the makeup of your gut bacteria, and these guys are thought to play a major role in IBS. Research has found that the gut bacteria of those with IBS is significantly different to those without IBS.

There is often a lot of confusion between irritable bowel syndrome and endometriosis. It is not uncommon for women to be diagnosed with IBS when in fact the cause of the symptoms is endometriosis.

It is also not uncommon to have both IBS symptoms and endometriosis symptoms, such as chronic pelvic pain, especially given the recent link between bacterial infection from the gut and the development of endometriosis.

So the main question is what can alter our gut bacteria and increase our chance of developing IBS? One major cause is antibiotics. These treat bacterial infections and can save lives, although these days they are hugely over-prescribed and often wrongly-prescribed. If you do get prescribed these be sure to take a course of probiotics afterwards to resupply your gut with the good bugs. In addition to antibiotics, other factors that alter gut bacteria are poor diet, chronic stress, medications (including the oral contraceptive pill), C-section birth, and exclusive bottle feeding.

Em: Is IBS linked with a leaky gut?

Jessica: Yes, often these two conditions are linked but at the moment no one is exactly sure how. Most studies that look at these two conditions show those who have IBS frequently have increased gut permeability aka leaky gut. But which one comes first? We’re not entirely sure yet.

Em: Just for those who don’t know, what is a “leaky gut”?

Jessica: Our intestines are lined by cells and normally these cells are close together and only leave enough space between them for molecules such as nutrients, fluid, and electrolytes to cross the gut wall. However, in leaky gut, the size of these spaces are larger, which then allows more to ‘leak’ through the gut wall and enter into our bloodstream (such as larger proteins, toxins, and pathogens).

When these foreign molecules get across the barrier and into our bloodstream, our immune system doesn’t recognise them and launches a response to get rid of them and protect the body.

This response can lead to a host of different symptoms including headaches, eczema, irritable bowel, joint pain, fatigue, and mood imbalances.

The symptoms of leaky gut are much broader than those associated with irritable bowel syndrome. This is because the level of impact leaky gut has is much wider. For example, leaky gut can impair absorption of nutrients, and therefore symptoms of nutrient deficiencies can be seen in those with leaky gut. These symptoms are broad and can be anything from low energy to imbalanced hormones to chronic skin conditions.

Em: How can someone fix it? Or, more importantly, why is it important to fix it? Apart from it being super annoying!

Jessica: If you don’t do anything about your leaky gut, these larger proteins, undigested pieces of food, toxins, pathogens etc. will continue to pass through your gut wall, into your bloodstream.

As a result, your immune system will continually be going off, trying to attack these foreign invaders. This ongoing immune response will lead to widespread inflammation, which is the base of numerous diseases and disorders from cancer to heart disease.

Not only that, but it has been found that those with autoimmune diseases such as type 1 diabetes, rheumatoid arthritis, celiac disease, thyroid disease, and inflammatory bowel disease, have a history of leaky gut.

So how can you fix it? I’ve found the most effective way to fix leaky gut involves two steps. The first is the elimination of foods that are irritating your gut and allowing those gaps to become bigger, and the second is to heal the gut.

If you suffer from leaky gut, it is important to find out which foods trouble you specifically. There are some common foods, which include gluten (a protein in wheat), dairy, coffee, alcohol, high-protein meals, and processed foods, but this is very individual and it may not be one of the common foods that are causing your symptoms - it may not even be a food. It’s important to work with a practitioner to find out what is causing your issue and how to eliminate it/them from your diet whilst your gut heals.

Once you’ve found the potential culprit, eliminate it for at least 8 weeks. During this time I use different methods to help heal the gut - the exact one depends on the individual. However, some common ones include the use of bone broth, consumption of cooked apple-due to the high pectin content, L-glutamine supplementation, probiotics and prebiotics, slippery elm, liquorice, and zinc supplementation.

In addition, I usually encourage them to omit coffee, alcohol, and refined foods. To add to that, a new method for gut healing that has some great research behind it is time-restricted feeding. This gives the gut ‘time to rest’ and helps the healing process. So far the research on time-restricted feeding and irritable bowel syndrome is promising. In ongoing or long term cases of IBS, I like to do gut bacteria testing to help understand what is going on in their gut, and this also helps to tailor treatment.

A lot of people find that once they have omitted the suspected culprit foods for 8 weeks, they can slowly start introducing individual foods back in bit by bit. Often people find once their gut has healed, they are able to tolerate the foods that once gave them symptoms. However, some find certain foods will continue to cause problems, especially if consumed in large amounts.

Em: Irritable bowel syndrome and Endometriosis - is there a connection?

Jessica: The research behind this is all quite new, but recently it has been found that women with endometriosis have different bacteria within their uterus compared to those without endometriosis - suggesting there is some relationship between bacteria makeup and endometriosis.

We’re grateful to Jessica for sharing her wisdom! If you’re ready to start your journey to a more well-balanced gut by adding a Women’s probiotic to your supplement regime, check out Flora Bloom Feminine Probiotic, designed to support digestion with a prebiotic and probiotic blend. 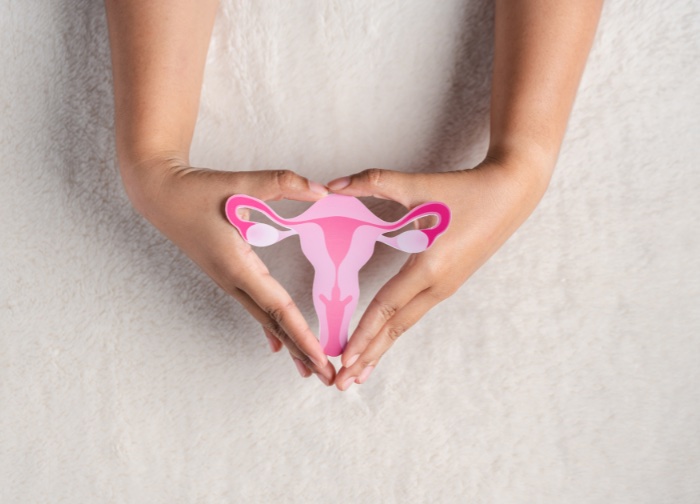 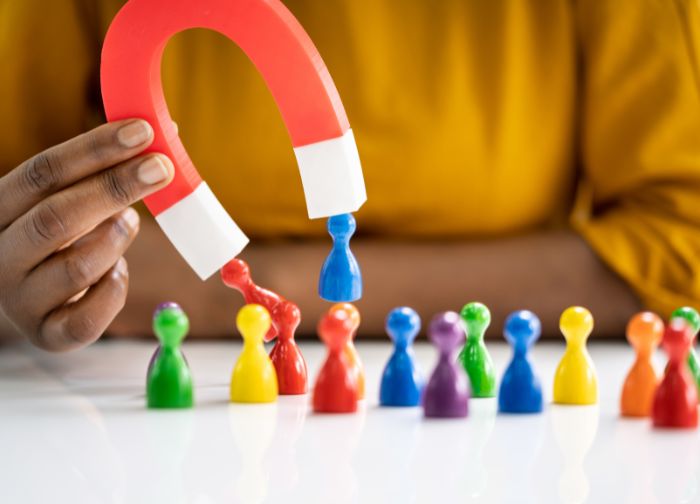 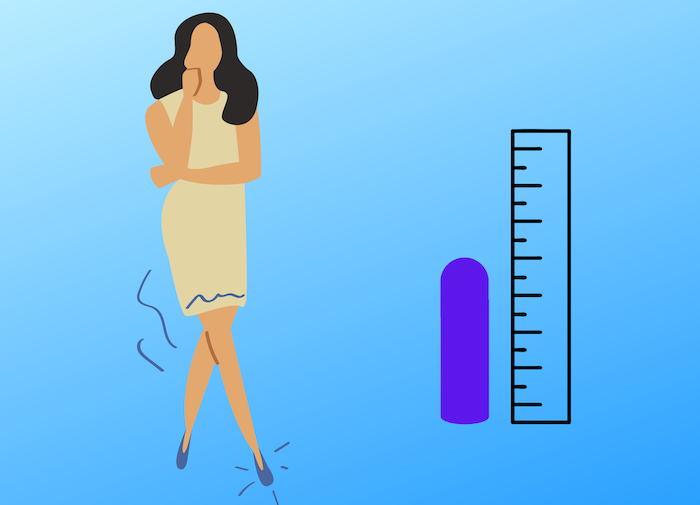 Pelvic pain
Dilator Sizes What is The Right Size?